Since recreational marijuana was legalized in multiple states, experts have wondered if addiction rates would start to rise.

Now a new studyTrusted Source finds that addiction has gone up among young people who live in states where recreational cannabis is legal, although it still remains low overall.

Cannabis use disorder (CUD) in 12- to 17-year-olds went up 25 percent in legalized states since it was approved for recreational use, rising from 2.18 percent to 2.72 percent.

Among adults over the age of 26, marijuana use was 26 percent higher in states that allowed recreational use compared to those who did not.

Frequent use went up by 23 percent, and cannabis use disorder (CUD) went up 37 percent in the same age group, rising from 0.90 percent to 1.23 percent.

These same increases were not seen in people between the ages of 18 to 25.

While the overall rate of CUD remained low, the research answers some questions about how legalization of marijuana may impact addiction rates.

The study was conducted by a team at the Columbia University Mailman School of Public Health and NYU Grossman School of Medicine, and published in JAMA Psychiatry.

Marijuana use by the numbers

An earlier 2019 studyTrusted Source found that CUD was more common among people who were recreational and medical users compared to those who only used it recreationally.

More people need to know about CUD, but they also need to know that most marijuana users won’t develop CUD, Martins said.

CUD is a problematic pattern of cannabis use that causes clinically significant impairment or distress. Diagnosis involves meeting several criteria in a 12-month span.

Because research has shown frequent and problematic use across age groups, legalization efforts should occur alongside funding for prevention and treatment, she said.

Early signs of CUD include becoming preoccupied with obtaining, using, and getting over the drug’s effects. A person with CUD may start to use alone instead of socially. They may avoid certain places where they cannot use it, or avoid others who will object to their usage. Memory impairments, as well as missed work or school time, can become more common.

It’s often harder to spot someone with CUD compared to someone with an opioid or alcohol use disorder because they are less likely to have overdose or a drunk driving arrest, added Dr. Kevin P. Hill, director of addiction psychiatry at Beth Israel Deaconess Medical Center in Boston.

There is not an available medication to successfully treat CUD.

Information is lacking on whether certain groups of people are more likely to develop CUD in response to changing marijuana laws, noted Deborah Hasin, PhD, a professor at Columbia University.

Young people need to know addiction to marijuana can prevent them from meeting important milestones in their life, said John F. Kelly, PhD, a psychiatry professor at Harvard Medical School.

“Like any drug — alcohol included — some are more vulnerable to its effects than others genetically, and some will become addicted to it, having severe consequences,” Kelly added.

About 1.5 percentTrusted Source of the general adult population in the United States has met criteria for having CUD. Other data has shown that it has been declining.

People may not perceive cannabis as addictive because people with CUD don’t have significant and possibly lethal withdrawal effects that alcoholics or opiate addicts experience, said Dr. J. Wesley Boyd, an associate professor of psychiatry at Harvard Medical School.

Boyd wasn’t surprised that more people used cannabis when it was legalized. The increased use of cannabis may correlate with decreases in other harmful substance use, he said. If people, for example, replace some or all cigarette and/or alcohol use with cannabis, the increase in cannabis use may actually be a positive result of legalization. From a public health perspective, Boyd views nicotine and alcohol as more harmful than cannabis. But marijuana can be addictive and harmful, he noted.

“But being addicted means more than just having severe withdrawal effects,” Boyd said.

Other side effects of marijuana

Though CUD in young people is up, Boyd was happy to see that there wasn’t a stark difference in states where it was legalized.

“Use of the drug is indeed addictive, can dramatically harm the developing brain, increases the risk of severe mental illness, and can even predict future substance abuse,” said Kevin Sabet, PhD, president of Smart Approaches to Marijuana.

“We know that the younger a user is when they initiate use, the greater the odds are that they become addicted,” he said.

U.S. Surgeon General Jerome Adams said nearly 1 in 5 adolescents who begin marijuana use while they are young will develop an addiction.

A more recent effect of CUD is uncontrollable vomiting — something known as cannabinoid hyperemesis syndrome.

It is “assuredly only the beginning of new health harms to result from marijuana normalization,” Sabet said.

Recreational and medical users are both at risk to develop an addiction because both markets heavily promote the use of extremely potent products, Sabet said.

Sabet wants to see more done to alert the general public about risks inherent with marijuana use.

“Folks need to realize they have been routinely fed lies and nonsense from the marijuana industry and they need to do more to pump the brakes on legalization efforts in their own states and at the federal level,” Sabet said.

In related headlines, research presented at the American Heart Association Scientific Sessions found that younger people with CUD disorder are at an increased risk of heart rhythm problems.

Yes, You Still Should Get to the Gym After You Turn 60 (Newer)
(Older) What Kanye West’s Sunday Service Taught Me About Grace 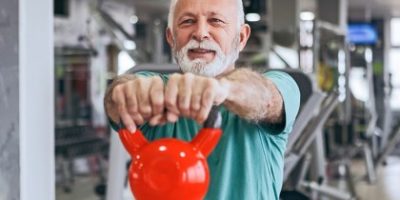