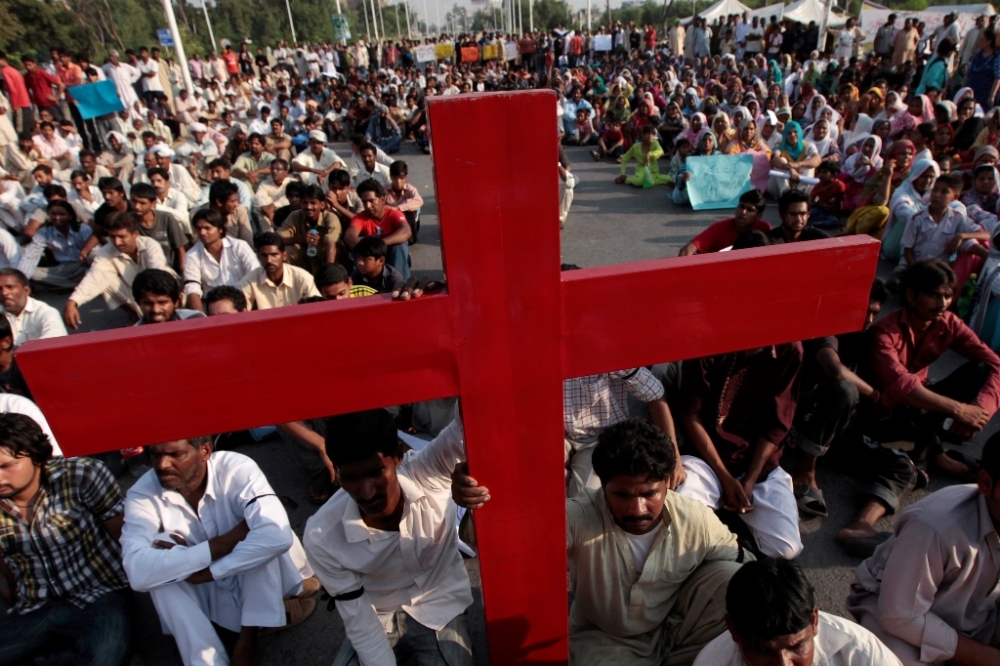 Members of the Pakistani Christian community attend a protest rally to condemn Sunday’s suicide attack in Peshawar on a church, in Islamabad, September 23, 2013. A pair of suicide bombers blew themselves up outside the 130-year-old Anglican church in Pakistan after Sunday mass, killing at least 78 people in the deadliest attack on Christians in the predominantly Muslim country.

The brother of Shahbaz Bhatti, a government minister who was killed by terrorists for opposing the controversial blasphemy laws in Pakistan, told the U.K. parliament that his country finally appears to be moving toward religious freedom.
The people of Pakistan have seen enough religiously-motivated violence that has killed an estimated 60,000 people in 20 years, and now want tolerance, Paul Bhatti, whose brother was killed in 2011, told the parliament last week, according to Catholic Herald.
“We are still facing the cruel and harsh realities of violence against the weak and voiceless people of our community,” but there is improvement, he was quoted as saying.

Last October, the Lahore High Court upheld the death penalty of Asia Bibi, a Christian mother who was convicted of blasphemy. She was sentenced in 2010, a year after she was accused. She was harvesting berries with a group of Muslim women, who accused her of drinking from the same water bowl as them. Following an argument, the women told a local cleric that Bibi had blasphemed against Islam.
Pakistan’s blasphemy laws, which are embedded in Sections 295 and 298 of the Pakistan Penal Code, carry death penalty, and yet there is no provision to punish a false accuser or a false witness of blasphemy.
Bhatti said at the parliament that violence “has left our entire nation shocked and discouraged, raising many questions” about the direction Pakistan is going. “We can gain inspiration and courage by looking to those who have gone before us who stood for peace, justice and unity at such great cost,” he added.
“I am pleased to share with you that I feel and see that Pakistan is changing,” he said. “Present military and civilian operation against terrorism is bringing fruits: all extremist organizations are banned, most terrorist groups are weakened, killers of my brother are arrested and one was killed.
“The people of Pakistan are gradually coming out of oppression and fear, which has dominated them for many years.”
The Supreme Court of Pakistan recently upheld the death sentence of a security guard who assassinated former Punjab Governor Salman Taseer for publicly speaking against the blasphemy laws on behalf of the Christian woman Bibi.
The apex court dismissed an appeal to revoke the death sentence for the convict, Mumtaz Qadri, who was supposed to guard Taseer but chose to assassinate him in January 2011, two months before Shahbaz Bhatti’s assassination.
Bhatti told the U.K. parliamentarians that such verdicts have “given us great hope” that the peaceful, tolerant and religiously plural society envisioned by the founder of Pakistan, Muhammad Ali Jinnah, is achievable. 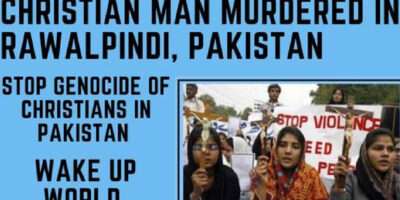 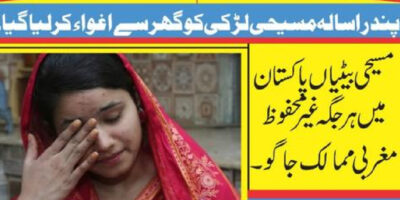