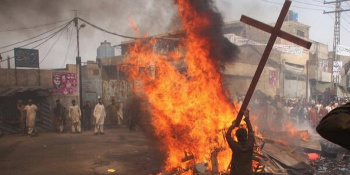 Perhaps the name of Pothan Joseph is no household word in our country. But journalists, such as those on the editorial staff of this publication, would know it. An Indian Christian, Joseph was one of the earliest and greatest journalists in our Subcontinent. He was also a staunch opponent of British rule and an indomitable freedom fighter.

With the aid of his typewriter and his journalistic skills, he promoted the views of many notable people of his time, such as Annie Besant, Mahatma Gandhi, Sarojini Naidu, Motilal Nehru, and, most significantly for us in Pakistan, Quaid-e-Azam Mohammad Ali Jinnah. Joseph started or developed 26 different newspapers, including the Hindustan Times, the Indian Express and the Deccan Herald. In 1941, when the Quaid decided to establish the daily Dawn, he recruited Pothan Joseph as its first Editor.

When the proceedings of the Boundary Commission took place, the Christian leaders, led by Singha, recorded their statement that for the demarcation of the boundaries, the Christian populations should be included with, and in fact termed as, Muslim populations

Yes, the Sole Spokesman of the Subcontinent’s Muslims, with the historic Lahore Resolution only recently passed, chose a Christian editor to be his mouthpiece in projecting the Muslim cause and the Pakistan concept.

Let me introduce those of my readers who may be unfamiliar with the name to Dewan Bahadur S.P. Singha, a prominent Christian leader of pre-Partition Punjab. Hailing from Pasrur, near Sialkot, Singha moved to Lahore. He rose to Registrar of Punjab University before entering politics. Elected to the Punjab Assembly in 1937,Singha would emerge as a staunch supporter of the Pakistan Movement. Moreover, he forcefully and courageously used his position as Speaker of the Punjab Assembly to further the cause of Pakistan.

There is a context that we who live in this country today urgently need to grasp. At a time when many of the so-called Ulema were categorically opposed to the Pakistan concept, to the Muslim League, and especially to Mr. Jinnah, the leaders of the Christian community were consistently strong supporters of the Quaid-e-Azam’s vision.

In 1942, the All India Christian Association assured unconditional full cooperation to the founder ofPakistan. The leaders of the Church in the Punjab strongly endorsed the Pakistan concept and advised their brethren to move to Pakistan when it would come into existence. The evolution of the Pakistan concept saw an intellectual like Joshua Fazluddin write in the daily Inqilab that the region of Pakistan, with its connection to Central Asia and its own distinctive history, was a separate country from the rest of India. Fazluddin considered himself in harmony with Chaudhry Rehmat Ali (who devised the name Pakistan) regarding the separation of this territory from India “as it was in accordance with the Voice of God”.

Some other examples are Chaudhry Chandu Lal, Fazal Elahi, journalist Elmer Chaudhry (the latter was the father of Squadron Leader Cecil Chaudhry, celebrated Pakistani war hero and educationist) and B.L Ralia Ram. The Christian community, as an expression of admiration of Mr. Jinnah and support for the Pakistan cause, arranged a number of receptions in his honour. On November 19, 1942, a grand reception was arranged at the King’s Garden, Lyallpur (now Faisalabad). The very next day, another reception was hosted at the large hall of Lorang’s in Lahore, which was attended amongst others by Miss Fatima Jinnah, Sir Sikandar Hayat and Nawab Mamdot. On that occasion, Mr. Jinnah said, “We will never forget your favour as you have cooperated with us.”

To return to Dewan S.P. Singha and his historic role, following Mountbatten’s June 3 Plan, when the Partition of India was announced, Dewan Singha and the Christian community in Punjab expressed their opposition to the Partition of Punjab and demanded that the whole of Punjab be included in Pakistan. Joshua Fazluddin, in a news statement, warned the Congress that the division of the province would result in a human disaster.

A meeting of the Punjab Legislative Assembly was held on the 23rd of June, 1947, to consider whether the Province, still undivided at the time, should be part of Pakistan or of India. The three Christian members of the Assembly had met the night before at Singha’s Davis Road home and had decided to vote for the inclusion of the whole of Punjab in Pakistan. On the morning of the meeting, Master Tara Singh, leader of the militant Sikh Akali Dal Party, stood on the broad flight of steps in front of the Assembly with a bared kirpan, threatening to use it on any member who would vote in favour of union with Pakistan. Coming up the steps, Dewan Bahadur Singha confronted the armed Sikh leader, announcing that he indeed intended to vote for Pakistan, and challenged him to do his worst. A scuffle broke out, but violence was prevented by other members.

The vote itself was 88 for remaining with India and 91 for joining Pakistan. The three votes (actually four) which created the majority were the three votes of Christian members Dewan Bahadur Singha, Mr. Cecil Gibbon and Mr Fazal Elahi, plus Singha’s additional vote as Assembly Speaker.

And thus it was decided that Punjab would be part of Pakistan.

But the division of Punjab itself – the Great Tragedy of the Partition – now came to the fore. When the proceedings of the Boundary Commission took place, the Christian leaders, led by Singha, recorded their statement that for the demarcation of the Boundaries, the Christian populations should be included with, and in fact termed as, Muslim populations.

Chaudhary Chandu Lal served as a lawyer for the Christian community, inter alia visiting Pathankot and Gurdaspur districts to obtain a resolution from the Christian populations there that they wished to be included in Pakistan. Mr. Cecil Gibbon appeared before the Commission to demand that the city of Lahore must be considered as part of Western Punjab. (Some of the readers of this piece may be surprised to learn that the fate of that historic city was ever at issue, but it had been!) Gibbon additionally desired that all the Anglo-Indian Christians in Punjab should be transported toPakistan.

When the horror that was the Radcliffe Award was announced shortly after Independence, one of the first voices raised in concern was that of Dewan Bahadur Singha, who asserted that the Plan was tailored so as to wreck Pakistan’s economy while facilitating Indian occupation of Kashmir.

Clearly, the Christians had supported the cause of Pakistan in the belief that a Muslim society by its nature would be more secular and fairer to them than the caste-ridden Hindu society that would inevitably emerge in India. Pakistan, they believed, would be more concerned for the rights of minorities. Observing the deadly antics of the Hindutva mobs presently prevailing in India, that assessment, it seems, was at least partly correct.

But, for the other part? Well, in August 1947, Dewan Bahadur S.P. Singha became the first Speaker of the new West Punjab Assembly, an office he endeavoured to fulfill with dignity. However, after the passage of the Objectives Resolution in 1949, he was obliged to step down as it was now felt that a non-Muslim should not preside over a Muslim House.

And today? The oppressed condition of the great mass of Christians has improved not a bit and they suffer the same caste-based strictures and prohibitions at the hands of Muslims as of Hindus. The better educated Goans and Anglo-Indians, fearing or experiencing discrimination in their jobs and businesses, have been trickling out of the country and a special cultural strand is being lost to us. 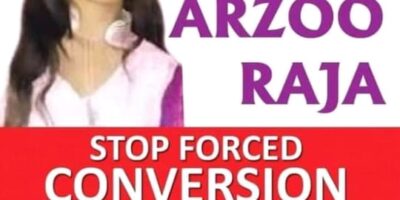 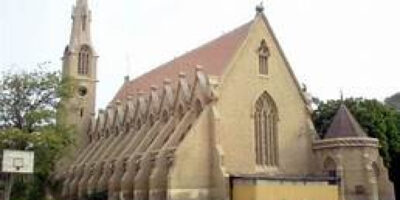